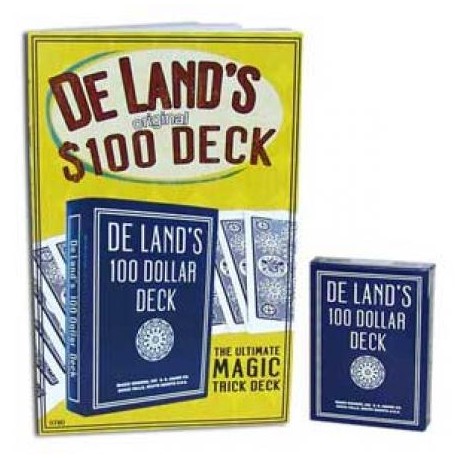 Quick Overview
The ideas and design of this deck were created by Theodore L. De Land in the first decade of the 1900s. More than 100 years later, De Land's marked deck and his other magical inventions continue to fool audiences...and even the most discerning spectator.

As an added Bonus, we have included the greatest "packet trick" ever invented...De Land's "Pick It Out" aka, The Million Dollar Monte.

Instruction Booklet included with the Deck.